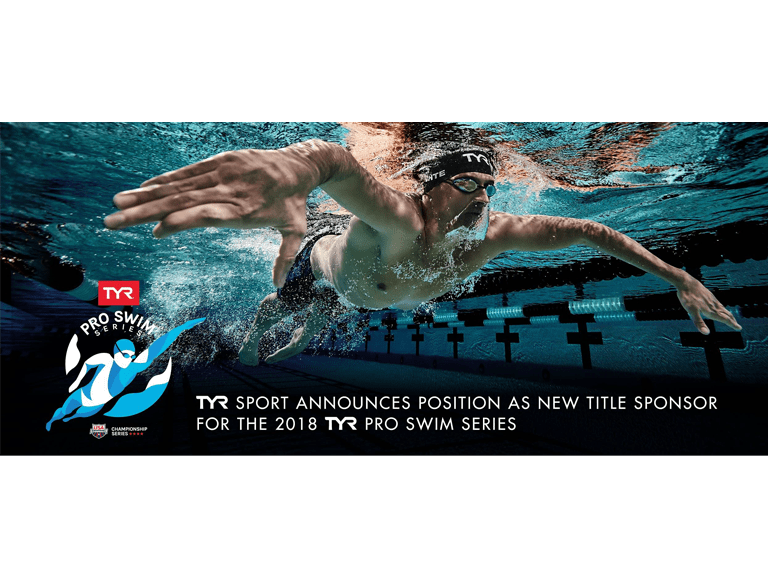 Seal Beach, CA—October 5, 2017—TYR Sport is proud to announce its position as the new title
sponsor of the 2018 TYR Pro Swim Series.

With six highly anticipated events slated to take place throughout the year, the TYR Pro Swim
Series will provide fans with the chance to see some of the world’s most decorated athletes
compete in the fastest race series in the world. In addition to an outstanding athlete presence, the
2018 TYR Pro Swim Series promises product reveals and interactive fan experiences.

“At TYR Sport we pride ourselves on providing athletes with products that push the limits of
performance,” began Chief Executive Officer Matt DiLorenzo. “In becoming the new title sponsor
of the 2018 TYR Pro Swim Series, we’re looking forward to not only energizing the swim
community with gear they can believe in, but also having the opportunity to support athletes,
coaches and fans in a new and exciting way.”

When discussing the updates USA Swimming President and CEO Tim Hinchey said, “We could
not be more excited for the upcoming changes for next year’s TYR Pro Swim Series. The format
adjustments will create thrilling competitions for fans and athletes alike, and the camaraderie
within swimming will certainly be on display with the new team scoring. USA Swimming is looking
forward to partnering with TYR on what is sure to be a world-class series of events.”