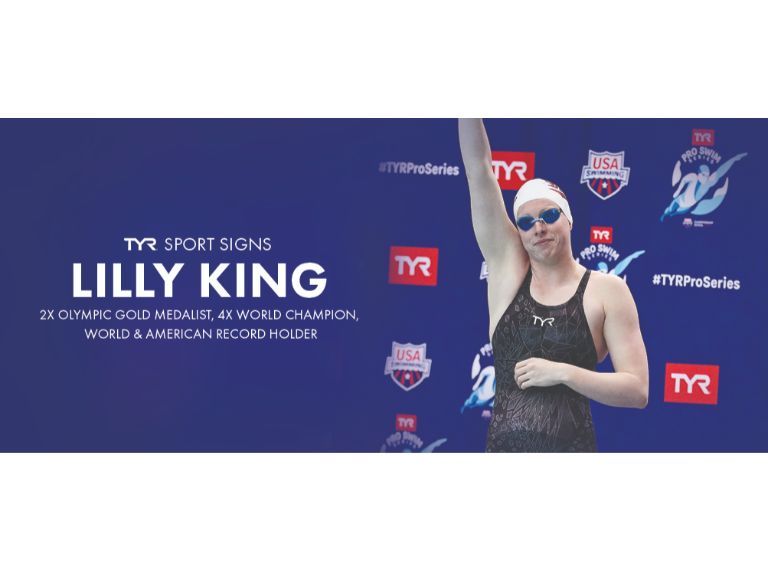 “Partnering with TYR is a seamless transition from my college career to officially going pro, as they have been an instrumental part of my past four years at Indiana University,” said King. “Together we will promote a clean sport for athletes and create an opportunity for all kids to learn how to swim. I’m humbled by TYR’s investment in me and look forward to growing the sport together.”

“Lilly King is a world-class athlete and we are excited to watch her achieve her goals as a professional swimmer,” said Matt DiLorenzo, CEO of TYR Sport. “Lilly’s competitive nature perfectly aligns with TYR’s core brand values, and we are proud to add her to the TYR family. As a brand, we look forward to collaborating with Lilly on technical product that will help her leave her mark on history.”

A standout student-athlete for Indiana University, King is the first woman to sweep the 100-yard and 200-yard breaststroke all four years, making her an 8x NCAA Champion. In 2018, King also became a 3x Pan Pacific Championship Medalist, winning gold in the 100m breaststroke, and silver in the 200m breaststroke and the 4x100m medley relay.

Since its inception three decades ago, TYR Sport has grown to exist as one of the world’s most recognizable swimming and triathlon brands. Founded in Huntington Beach, California, the American company has garnered industry success for major technologies including the celebrated Venzo technical suit. Today, TYR has become synonymous with the most groundbreaking athletes in swimming and continues to be the choice of champions.